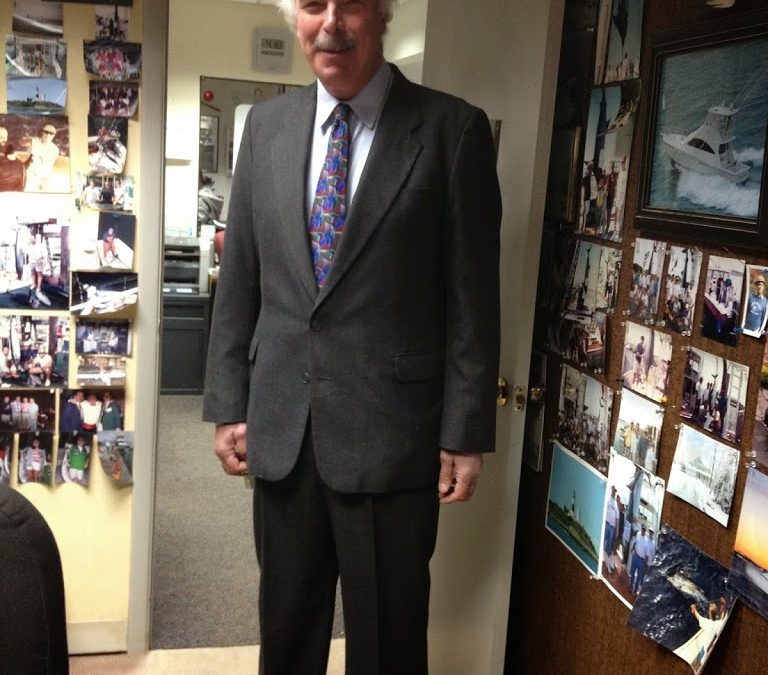 Companies that don’t have one usually wish that they did.

And companies that do have one usually don’t recognize how indispensable they are.

We’re speaking about those rare individuals who are instinctively good at what they do even without formal training…a true autodidact.

At Triple S, we are lucky enough to have such a person — and his name is Mark Wagner.

Mark has been with the company for 46 years, and considering he’s only 62, well…you do the math.

It all began when his school pal, Pete Cavanagh, mentioned that a company named Triple S was looking for some part-time help…in other words, picking up wet rugs.
But then, he started fixing things…every “thing.” From rug repairs to light fixtures, to leaky roofs and to problematic machinery of every kind that we use in our business.
The man is a startling combination of instinct, experience and problem solving that makes him irreplaceable in an organization with as many moving parts as ours.

One day he’s installing new counter tops in our kitchen; the next day he’s remodeling an office or welding a colleague’s broken flagpole — and in between all of that, he’s always on call by and for our technicians.

While he is licensed as a boiler repair technician and as a welder, the guy has such a nose for fixin’ that there’s little he won’t try…invariably with a salubrious outcome.
As for Mark’s hobbies — he races cars! As a long-time member of the Sports Car Club of America, Mark is often found at Lime Rock, CT racing his 914 Porsche in the company of other aficionados such as Storm Field.

But unlike many of his racing companions, Mark is able to rebuild a carburetor or balance his own wheels!

He’s a one-man pit crew at work and at play… and we’re both lucky and proud to have him on the Triple S team.